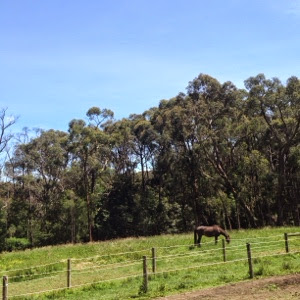 What gorgeous weather we’ve been having!!! I’m sneaking in a quick post and a coffee having put grumpy Tara down for a morning nap, and dropped Katie off at a transition day for ‘big school’ next year. EEP.

It’s meant to be in the 30s today (celcius that is! Late 80s for any US readers! 🙂 Hi there!) so I’ve whipped off the horse’s rugs, filled up all the water troughs and bowls, and given the garden a good soaking last night. 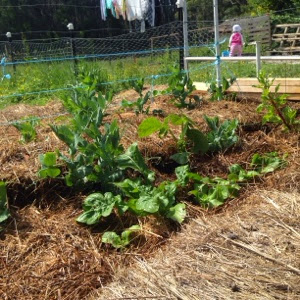 Ben and I mulched it thickly on the weekend to try to combat the heat, and the plants have TAKEN OFF! They LOVE the mulch! We have so many salad greens at the moment – they’re growing faster than I can pick them!: Rocket, silver beet, butter lettuce, and mignonette lettuce. But I’m not complaining! 😉 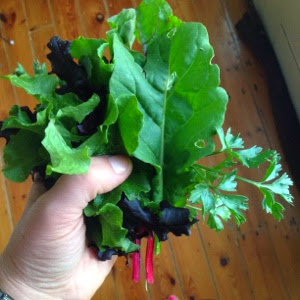 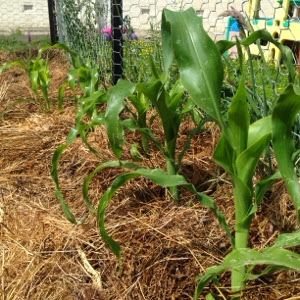 It’s as high as a elephant’s eye!

Last weekend, Ben was recovering at home from his surgery, so the girls and I headed into the city for World Vegan Day. 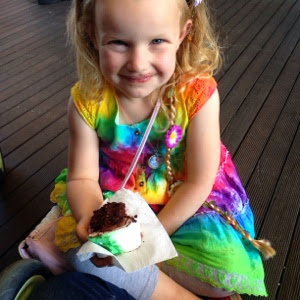 What a great day with stalls and music and FOOD! Still can’t get my head around Textured Vegetable Protein (blerg.) or some of those other vegan ‘meat substitutes’ (YUCK. Why bother!?) but we ate the most AMAZING chocolate cake, some delectible blood orange gelato, and Kate drank a whole bottle of rasberry kombucha! (Which I didn’t think she’d be into! More fool me!) 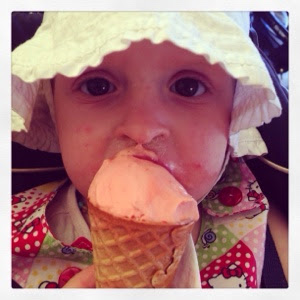 I’ve thought alot about becomming vegan over the years. I was lacto vegetarian in my late teens for about 3.5 years, and I really dont ‘enjoy’ eating meat, or ever crave it at all. Mostly I find myself eating it out of habit, social obligation, or some misguided way of getting ‘enough protein’. Which are all crappy excuses really. (Hey, if Scott Jurek gets enough protein from a vegan diet, I think I’ll be right! LOL – have you read his book ‘Eat and Run’?! HIGHLY recommended.)

But as I get older and I’m horrified by the treatment of animals in factory farms, I find it harder and harder to justify eating meat and dairy. That and the fact that I feel better and less bloated when I eat vegan. I think eating conventional, supermarket sources of meat and dairy involves switching off part of your brain, and turning the moral and emotional side of you off to do it. And I’m finding that harder and harder. Especially now as a mother.

It’s something I’ve been exploring more and more. Seeing images of the live meat trade and high density feedlot farming makes me despair at the human race, and the way we justify our actions as some sort of “for the greater good”. When in fact if you imagine these same conditions and treatments happening to humans, you’d be absolutely horrified.

I had the same reaction after watching a documentray called ‘Blackfish’ recently about Tilikum the Orcha at Sea World, Orlando. The whole thing just breaks my heart. And one of the most disturbing images I found was the ‘harvesting’ of the whales semen for the captive breeding program! Can you imagine anything more soul destroying and disturbing?! Can you imagine if a human male was kept imprisoned and exploited sexually that way?! But humans can justify it as a “captive breeding program” – to breed more CAPTIVE Orchas. To perform. For us. Right. (Don’t kid yourself that the calves and their mothers will be released into the wild to boost Orcha species numbers

It’s one of the reasons adopting our ex battery hens makes me so happy. Yes occasionally one gets picked off by our resident Mama Fox (DAMMIT!) but mostly we’re smarter than her and we let them out when agisters are coming and going in the afternoon tending to their horses, so the Mrs Fox keeps her distance. They get out of their chook house – which is actually quite big – for about 2 or 3 hours a day at the moment, but things should get easier as Mrs Fox’s pups grow up and move on, and she’s less frantic for food. So mostly our girls and Lennon spend their day in the straw, then their afternoon like this: 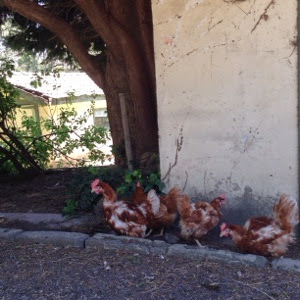 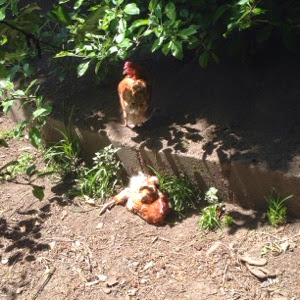 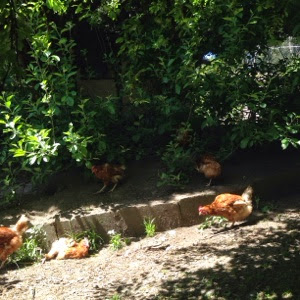 I wish we could let them out all day again, but we just have to keep them safe while Foxy is feeding her pups. I actually dont have a problem eating eggs from our chooks. I know exactly how they are treated, and I know they probably wont be hatched into chicks anyway (despite Lennon’s best efforts) as battery hens are Isa Browns (or ours are!) and are bred not to go clucky so that they will produce more eggs for the industry. So our girls never go clucky, and would have no clue how to hatch them anyway! Ben and I have talked bout maybe getting another hen or two of a different breed – one with more maternal instincts! – and maybe letting some eggs hatch to chicks. More research to be done there! 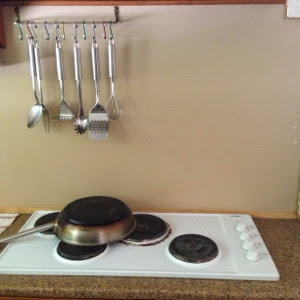 Not much exciting happening in the kitchen, except I dad attempt a batch of soap.

It hasn’t set, and I dont think the lye I used was strong enough, as it’s still quite soft, oily and crumbly. 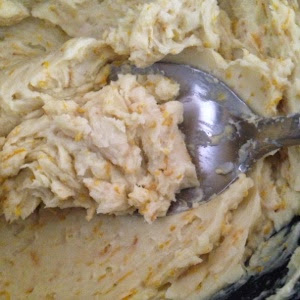 The first hint I got that things might be going wrong: “Pour mixture into moulds.” – POUR?! It’s like mashed potato!!!

Back to the drawing board…

Do you eat meat?
What issue gets your blood boiling?
Any fox deterence hints?

Wear your hat and sunscreen! It’s gonna be a warm one! And check your pets have cool clean water today!
xx

You know that moment where you’re like: “Heyyyy, was that the lesson I was supposed to learn from this...?!” And the universe is like ✅✅✅✅✅✅✅ #BAM #universalguidance #EarthAngel #DivineSigns
#CollieHeadTilt 🔁↩️↪️😝
This is how you will always be in my heart ❤️ #warhorse