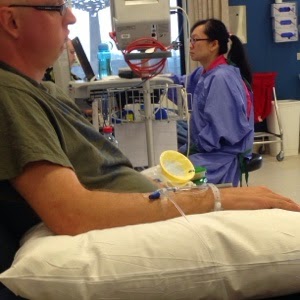 But I think we’re finally starting to see a light at the end of the tunnel. Ben did his last full week of chemo, which means we only have two Thursday ‘short days’ to go. It was heartbreaking for me having to drive him there each day, like a lamb to the slaughter. It’s absolutely floored him. He’s lucky to get out of bed each day. And I’ve been doing the equivalent of a single mum and a ‘one woman farm’. I’m exhausted, and the cracks in my armor are beginning to show.

Luckily we’ve had our parents here for the worst weeks, and our new friends have been so helpful! Still, I can’t WAIT until he starts to feel better again. 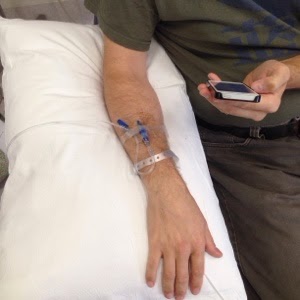 And summer is finally coming to an end. We’re going to have to start doing those Winter preparation jobs, like stock piling firewood and hay, and cleaning the fireplace. 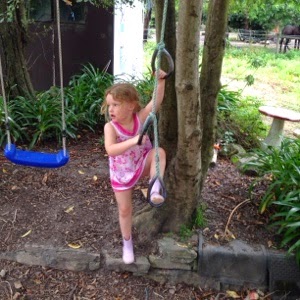 The veggies are starting to go to seed with the end of the season, but the garden is still bountiful. Right now there is still tonnes of basil, plus green capsicums, parsley, lebanese cucumbers, rocket and quite a bounty of Gross Lisse tomatoes, still pale green. 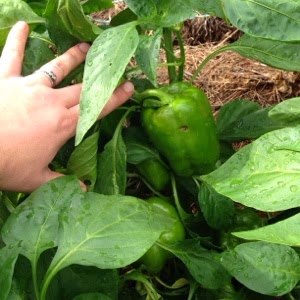 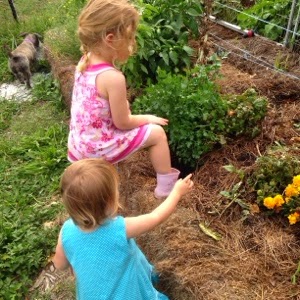 We sadly lost another of the older hens last week. Not to a fox this time, but to some sort of respiratory virus-thing that all the others got and got over. But little old Snuggles just couldn’t seem to shake it, and got weaker and more lethargic. She was one of the original hens that were here when we moved in, so god knows how old she was!

Do they all have names? Well, no. But often they name themselves, and we certainly recognise individuals! Aside from Lennon the Rooster, there’s Hoppy (was lame, now better), Shiny (Kate’s favourite), Patchy (is patchy), Scruffy (is scruffy), Trouble (with a capital ‘T’) and Walkabout (who is always on her own at the far ends of the farm pecking at something and reluctant to come in for dinner).

We’re getting about six eggs a day. 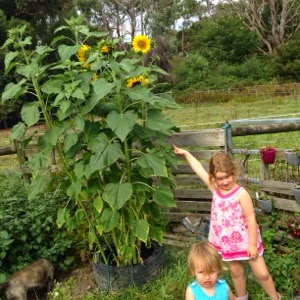 And just LOOK AT KATE’S SUNFLOWERS! Magnificent! Planted herself before christmas and lovingly watered and tended by the Hill Shadow Ferals and all our other insect friends. 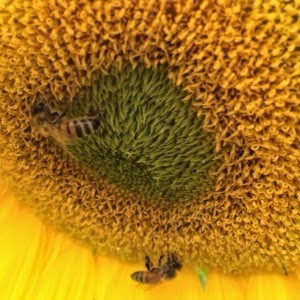 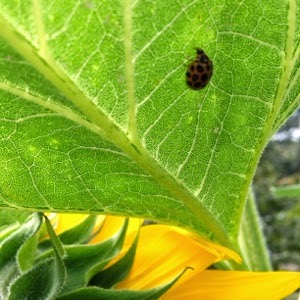 I can honestly say that we’ve discovered chaos is key in the garden! (Ours anyway!). Ours is an ecosystem. The weeds are welcome!: They shade the seedlings, hide the produce, feed the compost, hold the soil together, feed the birds, conserve the water. Insects are welcome!: the bees tend the flowers, the good bugs control the bad bugs. And we plant everything everywhere in every available space: “Wanna feed, Pests? – You’re gonna have to find it first…!” It is a veritable food forest! 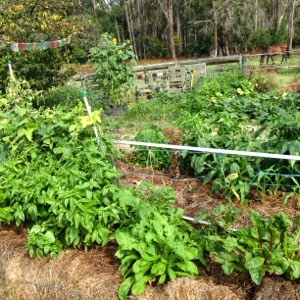 I also recommend what I’ve termed “accidental farming”. Just seeing what comes up. We’ve had a tonne of seeds just sprout from our compost or shoot-off from parent plants. Just leave it be – you never know! Some of those have been our greatest producers! Survival of the fittest! (And if it turns out to be a weed, you can always pull it out later!) An example of this was our potatoes: We just decided to leave it be and see… and ‘presto’! Accidental Harvest!

Also anything you can forage is GOOD. FREE FOOD = #winning! Just be sure any plants you pick arent sprayed, get permission if you need it, and they are DEFINITELY what you think they are (ie mushrooms – mistakes can be fatal!) We have been harvesting LOADS of blackberries from our thicket (we asked our landlord not to spray them!) and found a rogue patch of mint growing in our gully, which we took a few shoots of and have now established in two big pots by our front door.

Now, I best go. Tara’s putting stickers on my arms, Kate wants a snack, and there is a suspicious smell coming from Tara’s nappy…

And Im gonna cook some bicuits for Kate’s lunchbox, cast-on some knitted slippers, and feed the chooks. A farm girl’s work is never done! 🙂